So, is the jurisdiction of the CFNIS really set in stone?
One has to wonder why the CFNIS weren’t involved in this matter. 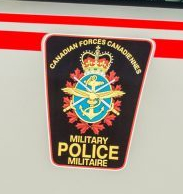 On January 13, 2012, SLt. Jeffery Paul Delisle was arrested by the Royal Canadian Mounted Police for violating the Security of Information Act. His offence was that he had been selling “5 -Eyes” intelligence to the Russians.

5-Eyes is the name of the intelligence alliance comprising of Australia, Canada, New Zealand, the United Kingdom, and the United States. The information that Delisle had given to the Russians was most damaging to the United States, hence why the American Federal Bureau of Investigations was the first agency to become involved in this matter.

The FBI made contact with the Canadian Security and Intelligence Service and informed CSIS of the activities of Mr. Delisle.

From documents released under Access to Information Requests, it became very apparent that the CFNIS was kept out of the loop literally until the last minute.

In a report issued in October 2012 which discussed the matter of Sub-Lt. Delisle,

Was this interesting section:

Basically, this is the Canadian Forces and the Department of National Defence pouting that their “police” weren’t involved in the investigation of their own officer Mr. Delisle. One can only wonder why the FBI, CSIS, and the RCMP wanted to steer clear of involving the Canadian Forces Military Police Group and the CFNIS .

SLt. Delisle had been sharing “5-Eyes” intelligence that he collected from DND computers, located on DND property, while he was a person subject to the Code of Service Discipline. If anyone was deserving of being investigated by the CFNIS, it was SLt. Delisle.

The National Defence Act even has sections that specifically deal with persons such as Mr. Delisle.

Section 78 may be a stretch, but it could still be argued that if Russia is not an ally, then it is automatically considered an enemy.

The Security of Information Act is what Mr. Delisle violated.

The Security of Information Act applies to all persons who were subject to the Code of Service Discipline when they became aware of the information.

A prohibited place means a military base, or even a building that is used by the military for military business.

Is the incompetence of the CFNIS really that legendary?

In March of 2015, then Defence Minister Jason Kenney said that an MPCC report issued had clearly indicated that the military police were guilty of “wrongdoing and incompetence”.

If the Slt Delisle case does prove one thing, it’s that the “sole jurisdiction” claim of the CFNIS is laughable at best.

I started out life as a military dependant. Got to see the country from one side to the other, at a cost. Tattoos and peircings are a hobby of mine. I'm a 4th Class Power Engineer. And I love filing ATIP requests with the Federal Government. View all posts by bobbiebees